Please join me in welcoming Sean Zarn as Homegrown’s latest Assistant Director! Sean has been with the festival in multiple roles over the years and has an abundance of knowledge from his tenure. I look forward to our partnership!
-Melissa La Tour, Executive Director

This is Sean’s Homegrown story….

My parents were my biggest musical influences for my first several years until I was able to start discovering new music on my own.  Jerry Lee Lewis and The Beatles were the primary inspiration for me to get into learning to play instruments and writing songs. I started on piano and eventually tried a handful of other instruments.

Many friends and other high school students my age were picking up instruments which had a snowball effect and the Iron Range became a thriving music scene for teenagers with a couple dozen bands and shows in all-ages venues a couple times every week.  This lasted about four years until I was a senior in high school and it showed me everything that’s great about a local, DIY music community.

Eventually settling in Duluth for college, I met Steve Libby working at Pizza Hut; he adopted me into his circle of friends and jamming buddies.  We’ve been playing together now for almost 10 years. When I moved to Duluth, I also immediately found The Alrights and became enamored. This was a phenomenal band that seemed to perfectly match my impression of the character of Duluth and it was a sign that there was an active local music scene here in Duluth.

About a year and a half into living in Duluth, Steve gave me a Homegrown Field Guide going into the 2010 Homegrown weekend.  I was a little furious that nobody told me about this during my first year. I tried to make it to see a band my girlfriend (now wife) was interested in and had our very first experience with a changed schedule or a misprint.  Oddly, I can’t recall the other bands we specifically saw that year, but it was very few and we really didn’t understand the scope of the festival – we’d only learned of the event at the beginning of the weekend and we were busy college students.

The following year, we got a field guide earlier and arranged for some nights of music mixed in with our school schedules.  This is when I really got a taste of what Homegrown is, and I was pretty excited to not be in school the following year. In 2012, I dove in for a full week and marveled at the existence of such an event.  How could I have gone my whole life without knowing about this? The music, the community, and the accessibility were overwhelming and inspiring. I was impressed at how many artists were part of the local music community.

In 2013, I went to the Winter Fiasco, where I found out there were volunteer opportunities, which I was eager to do.  I wanted to do my part to help with this wonderful event, and I was introduced to Melissa LaTour, the volunteer coordinator.  That year, I plunged further into the Homegrown experience – following strangers from venue to venue, staying up 4 hours later than planned, and cursing my day-job schedule.  I’d found my favorite week of the year.

Each year, I wanted to spend more time volunteering; it was another aspect of the festival that I really enjoyed.  After a few years of extensive volunteering, Melissa suggested I consider applying for an open position on the steering committee.  In 2016, I was accepted to join the committee, starting the 2017 festival year. I’m so proud to be helping year-round with this event, and I love all my new friends and new experiences that come with it.  I’m incredibly honored to be moving into the Assistant Director role; just like every volunteer, committee, and board role, it’s bigger than me and demands my respect. I will serve the mission of Homegrown and not use the role for self-serving purposes.

This Thursday Black River Revue will be playing for Music in the HART concert series. Stop down to Lake Place Park Thursday 8/16 from 4:30pm – 6:30pm. Each week will feature a different band. For the full list please check out the schedule HERE. All shows are free, family-friendly, and open to the public.

Black River Revue plays original music that dives into bluegrass and adds flavors of Americana, folk and rock. Guitarist Adam Stariha founded the outfit in 2010, and by 2014 the rest of the current members were in place. Ian Kvale handles bass guitar, Nate Hynum works the mandolin and Tim Leutgeb plays banjo and guitar. All four members sing. The band released its third album, Just Can’t Win, in September. 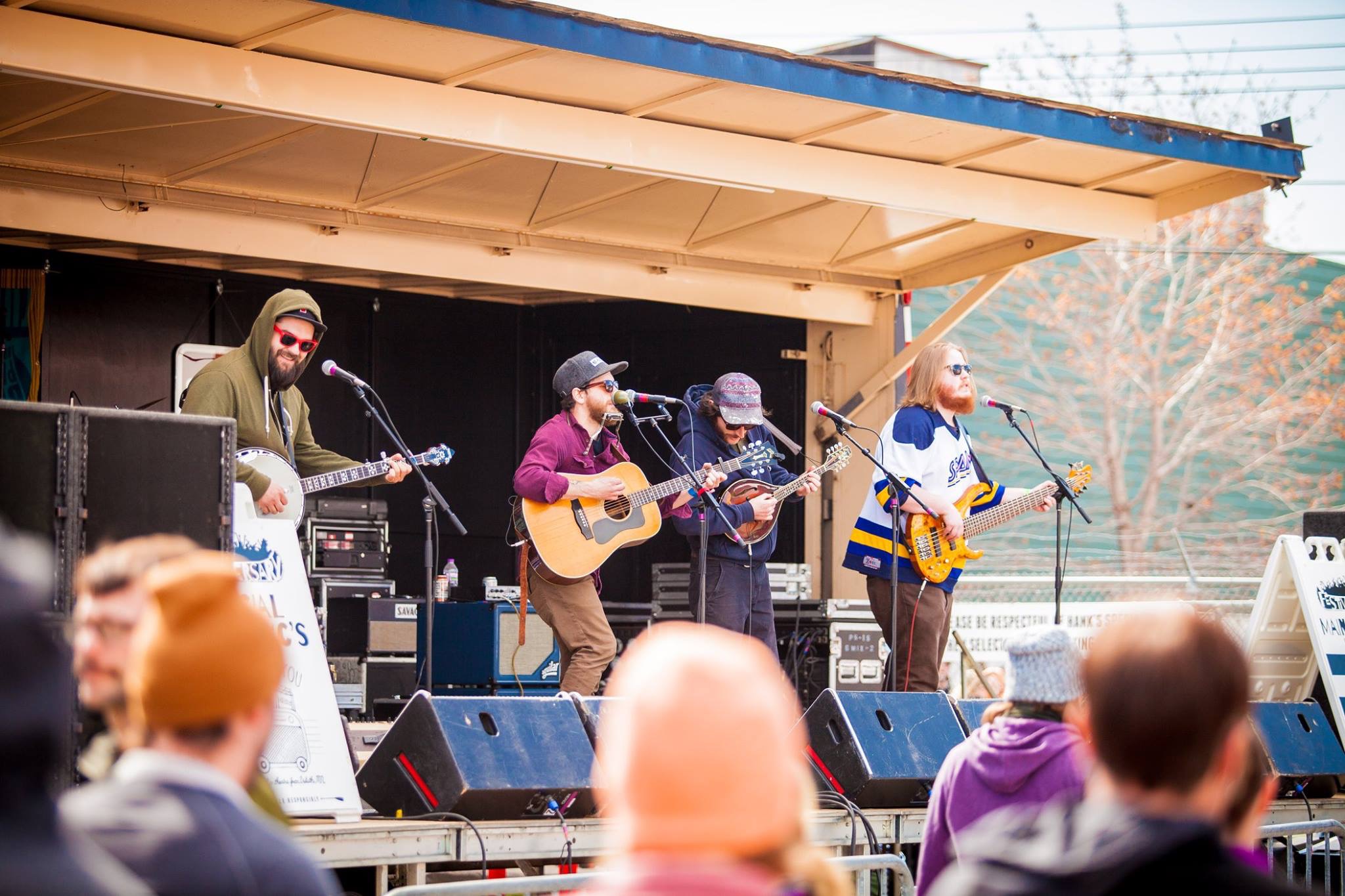 This Thursday The Black-eyed Snakes will be playing for Music in the HART concert series. Stop down to Lake Place Park Thursday 8/9 from 4:30pm – 6:30pm. Each week will feature a different band. For the full list please check out the schedule HERE. All shows are free, family-friendly, and open to the public.

Nothing quite compares to watching a Mormon nicknamed “Chicken Bone George” stoke an audience of heathens into a pulsating frenzy … while the artist is mostly sitting down. The normally calculated and mild-mannered George Alan Sparhawk of Low fame screams distorted gospel commands when leading longtime side-project the Black-eyed Snakes. Meanwhile, “Big House” Bobby Olson’s guitar cranks out heavy-metal blues while the space is filled by the twin skins of drummer Brad Nelson and percussionist Bryan “Lefty” Johnson. The band’s third album — the first since 2003’s Rise Up! — is in the works.

Today kicks off week one of the Music in the HART series. Stop down to Lake Place Park today from 4:30pm – 6:30pm. Each week will feature a different band. For the full list please check out the schedule HERE. All shows are free, family-friendly, and open to the public.

Superior Siren began 2018 with a full house at Sacred Heart Music Center for the band’s self-titled album release show. Band leader, singer and songwriter Laura Sellner explained the eerie folk style to the crowd. “I wanted to make music that comforted the disturbed and disturbed the comforted.” The synergy of the classical cello and upright bass playing by Rachel Gobin and Nyssa Krause, respectively, with the simple yet conscious drumming of Emma Deaner create deep and lingering sounds supported by Sellner’s lyrics of love and empowerment.